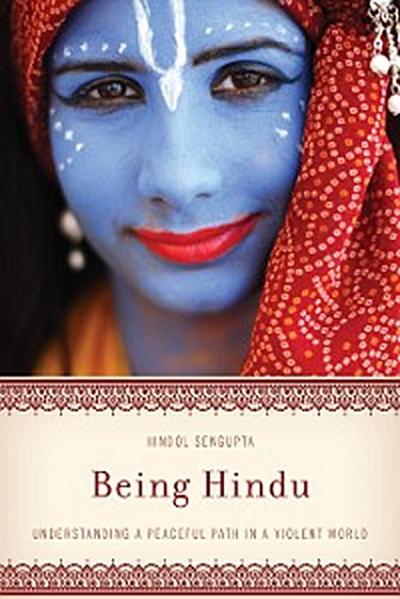 Told from the frank and refreshing perspective of a practicing Hindu, this book analyzes the importance of Hinduism as the secular, plural middle path in the battle between Islam and Christianity that is playing out across the globe.
Being Hindu
presents a faith of peace, liberation, and understanding in an increasingly violent world.
Winner of the 2018 Wilbur Award

There are more than one billion Hindus in the world, but for those who don’t practice the faith, very little seems to be understood about it. Followers have not only built and sustained the world’s largest democracy but have also sustained one of the greatest philosophical streams in the world for more than three thousand years.

So, what makes a Hindu? Why is so little heard from the real practitioners of the everyday faith? Why does information never go beyond clichés? Being Hindu is a practitioner’s guide that takes the reader on a journey to very simply understand what the Hindu message is, where it stands in the clash of civilizations between Islam and Christianity, and why the Hindu way could yet be the path for plurality and progress in the twenty-first century.