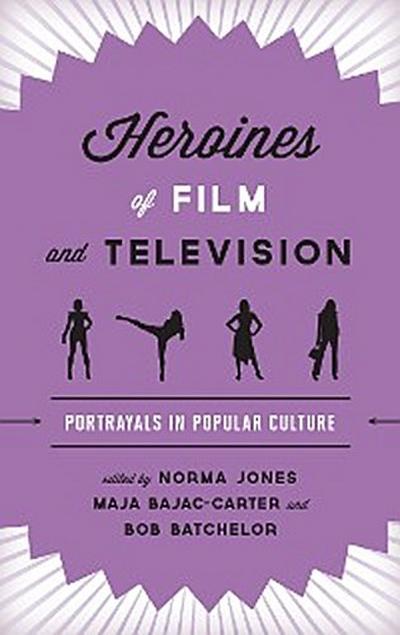 Heroines of Film and Television

Despite the increasing variety of heroic women portrayed in film, television, and other popular culture channels, much of the understanding of heroines has been limited to females as versions of male heroes or simple stereotypes of overly weak/strong (and even violent) women. This book analyzes the new vision of female heroes in popular culture. It features award-winning authors from a variety of disciplines, broadening our understanding of how heroines are portrayed, as well as how these important popular culture representations both simultaneously empower and/or constrain real life women.
As portrayals of heroic women gain ground in film, television, and other media, their depictions are breaking free of females as versions of male heroes or simple stereotypes of acutely weak or overly strong women. Although heroines continue to represent the traditional roles of mothers, goddesses, warriors, whores, witches, and priestesses, these women are no longer just damsels in distress or violent warriors.

In Heroines of Film and Television: Portrayals in Popular Culture, award-winning authors from a variety of disciplines examine the changing roles of heroic women across time. In this volume, editors Norma Jones, Maja Bajac-Carter, and Bob Batchelor have assembled a collection of essays that broaden our understanding of how heroines are portrayed across media, offering readers new ways to understand, perceive, and think about women. Contributors bring fresh readings to popular films and television shows such as The Girl with the Dragon Tattoo, Kill Bill, Buffy the Vampire Slayer, Weeds, Mad Men, and Star Trek.

The representations and interpretations of these heroines are important reflections of popular culture that simultaneously empower and constrain real life women. These essays help readers gain a more complete understanding of female heroes, especially as related to race, gender, power, and culture. A companion volume to Heroines of Comic Books and Literature, this collection will appeal to academics and broader audiences that are interested in women in popular culture.
Acknowledgments

I. Heroines on Television

Chapter 4: Torture, Rape, Action Heroines and The Girl with the Dragon Tattoo, Jeffrey A. Brown


Chapter 9: The Woman Who Fell From the Sky: Cowboys and Aliens’ Hybrid Heroine, Cynthia J. Miller

Chapter 14: Women on the Quarterdeck: The Female Captain as Adventure Hero, 1994-2009, A. Bowdoin Van Riper


Chapter 15: The Girl Who Lived: Reading Harry Potter as a Sacrificial and Loving Heroine, Norma Jones


Chapter 16: “It’s About Power and It’s About Women”: Gender and the Political Economy of Superheroes in Wonder Woman and Buffy the Vampire Slayer, Carolyn Cocca