Geometry of the Fundamental Interactions 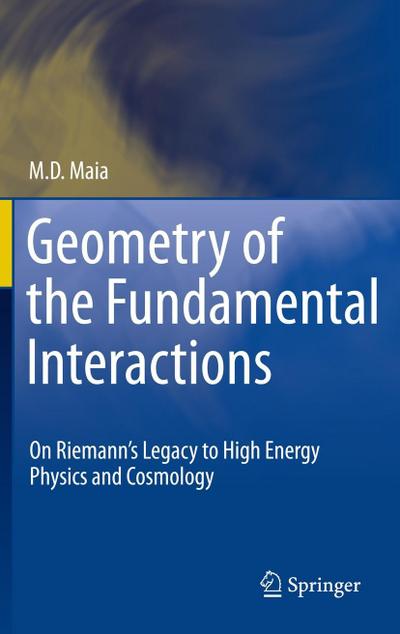 The Yang-Mills theory of gauge interactions is a prime example of interdisciplinary mathematics and advanced physics. Its historical development is a fascinating window into the ongoing struggle of mankind to understand nature. The discovery of gauge fields and their properties is the most formidable landmark of modern physics. The expression of the gauge field strength as the curvature associated to a given connection, places quantum field theory in the same geometrical footing as the gravitational field of general relativity which is naturally written in geometrical terms. The understanding of such geometrical property may help one day to write a unified field theory starting from symmetry principles.

This book presents an account of the geometrical properties of gauge field theory, while trying to keep the equilibrium between mathematics and physics. At the end we will introduce a similar approach to the gravitational field.

Explains some of the most complex theories in physics in clear and understandable language
The Fundamental Interactions.- The Physical Manifold.- Symmetry.- The Algebra of Observables.- Geometry of Space-Times.- Scalar Fields.- Vector, Tensor, and Spinor Fields.- Noether's Theorem.- Bundles and Connections.- Gauge Field Theory.- Gravitation.