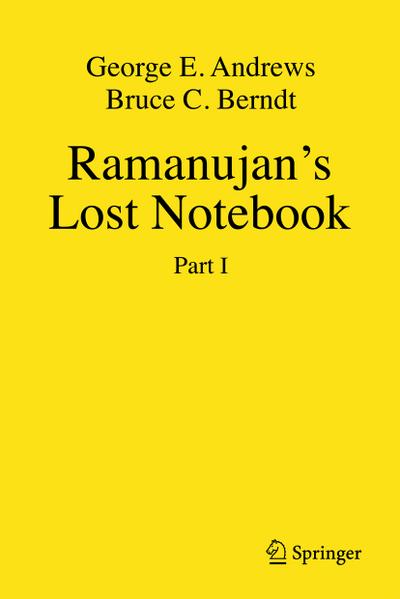 In the spring of 1976, George Andrews of Pennsylvania State University found "Ramanujan's lost notebook." Its discovery has frequently been deemed the mathematical equivalent of finding Beethoven's tenth symphony. The "lost notebook" contains considerable material on mock theta functions and so undoubtedly emanates from the last year of Ramanujan's life. It should be emphasized that the material on mock theta functions is perhaps Ramanujan's deepest work. Mathematicians are probably several decades away from a complete understanding of those functions.

In the library at Trinity College, Cambridge in 1976, George Andrews of Pennsylvania State University discovered a sheaf of pages in the handwriting of Srinivasa Ramanujan. Soon designated as "Ramanujan's Lost Notebook," it contains considerable material on mock theta functions and undoubtedly dates from the last year of Ramanujan's life. In this book, the notebook is presented with additional material and expert commentary.