The Politics and History of AIDS Treatment in Brazil 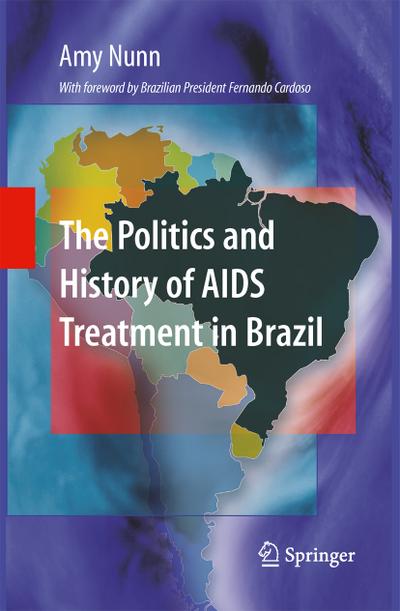 Dr. Amy Nunn is a postdoctoral research fellow in the Division of Infectious Diseases at Brown Medical School where she conducts research on HIV testing, HIV risk behaviors, and how to best link people living with HIV/AIDS to treatment and care services. A social scientist by training, Dr. Nunn has worked in several countries where she conducted domestic and international research on a variety of health policy topics including HIV/AIDS, patient safety, access to reproductive health services, and family planning. Her current HIV/AIDS research is financed by the National Institutes of Health and the Brown University Center for AIDS Research. She has received research grants from Harvard University, the US Department of Defense, and the US Department of Education. Dr. Nunn holds masters and doctoral degrees from the Harvard School of Public Health and is a Fulbright Scholar.

Brazil's public policy response to the AIDS epidemic preceded those of many developing countries. During my tenure as President, in 1996, Brazil adopted a law guaranteeing free and universal access to AIDS treatment for all people living with HIV/AIDS. Brazil became the first developing country to provide publicly-financed AIDS treatment for all people living with HIV/AIDS. We now have one of the world's most successful AIDS programs that is considered a model for other dev- oping countries. Today, 185,000 people receive life-saving AIDS cocktails in Brazil, and thousands of lives have been saved. But this was not an easy battle. There were many challenges along the way. Twenty years ago, Brazil's achie- ments today might have seemed impossible. During the 1980s, in Brazil, as elsewhere, there was overwhelming stigma associated with AIDS; people living with HIV often lost their jobs and died quickly before the advent of life-saving antiretroviral drugs. Brazil's AIDS movement was extraordinarily important in promoting progressive AIDS policies; associations of people living with HIV were the first to denounce pervasive AIDS-related discri- nation and called public attention to the importance of AIDS. Activists protested in the streets for over a decade, engaged the media, and framed AIDS as a human rights issue.
This, the first book to narrate what is a complex and inspiring history, traces the development of Brazil's AIDS treatment policies during the country's tumultuous path to democracy, as its government redefined access to health care as a basic right.
Foreword by Fernando Cardoso, former president of Brazil
The AIDS Crisis and Democratization in Brazil.- Democratization and Institutional Precursors to AIDS Treatment in Brazil.- Development of Brazil's First AIDS Treatment Institutions in a New Democracy.- Legislative Reforms and AIDS Treatment in the 1990s.- Development of Brazil's Contemporary AIDS Treatment Institutions.- Brazil's Contributions to Global Essential Medicines Institutions.- Conclusion.