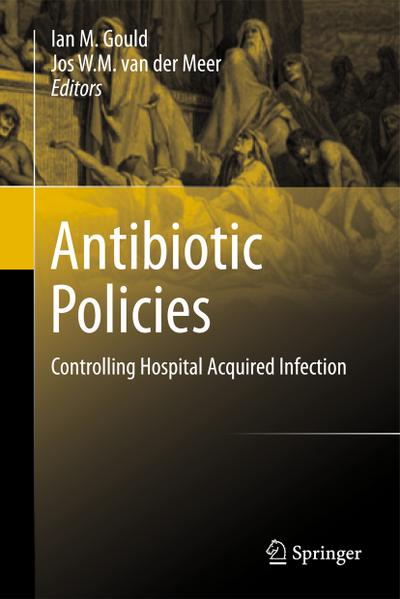 The first book was on "Theory and Practice" of antibiotic stewardship in its broadest sense -the how to do it and the do's and don’ts. The second, on "Controlling resistance" was very much on the relationships between use and resistance and beginning to home in on the hospital as the main generator of resistance, but mainly looking at it from a disease/clinical perspective. The last 3 chapters on MRSA, ended where the 3rd book will take off. "Controlling HAI " will concentrate on specific MDR organisms highlighting their roles in the current pandemic of HAI and emphasizing that the big issue is not so much infection control but antibiotic control, in the same way that antibiotic over-reliance/ over-use has caused the problem in the first place. Up 'till now the emphasis for controlling MRSA, C diff and all the other MDROs has very much been on IC, which clearly isn't working. This book will gather all the evidence for the increasingly popular view that much more must be done in the area of antibiotic policies/ stewardship, especially when we are in danger of a "post antibiotic" era, due to a real shortage of new agents in the pipeline.

Healthcare Associated Infections – The Size of the Problem.- The Antibiotic Paradox.- The Epidemiology of Pan/Extreme Drug Resistance.- Hospital Antibiotic Stewardship to Control Resistance - how should it be done?.- Controlling Clostridium difficile infection and the role of antibiotic stewardship.- The control of MRSA.- The role of antibiotic policies in controlling VRE.- The control of ESBL producing bacteria.- Controlling Hospital-Acquired Infection due to Carbapenem-Resistant Enterobacteriaceae (CRE).- Control of multi-drug resistant
Acinetobacter infections.- The control of multidrug-resistant
Pseudomonas:  Insights into epidemiology and management.- Multidrug-resistant infections in low-resource health care settings.- Germ Shed Management in the United States.- Required actions.