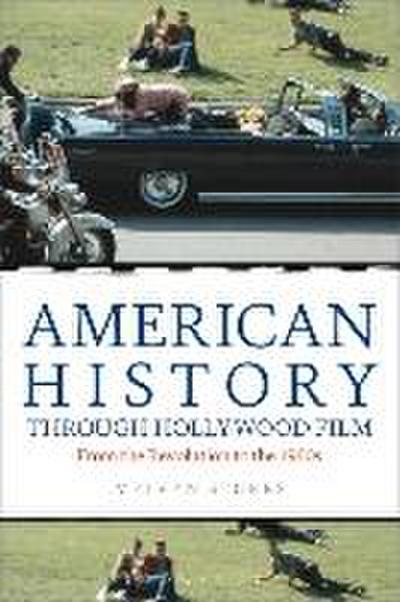 Stokes, MelvynMelvyn Stokes is Professor of Film History, and Director of the AHRC-funded 'Cultural Memory and British Cinema-going of the 1960s' research project at University College London, UK. He has been a Visiting Fellow at Princeton, a Fulbright Exchange Professor at Mount Holyoke College and a Visiting Professor at the Ecole des Hautes Etudes en Sciences Sociales in Paris He has written and edited twelve books, including D.W. Griffith's 'The Birth of a Nation': A History of 'the Most Controversial Motion Picture of All Time' (2007). He is currently President of SERCIA, the European film organisation.
American History through Hollywood Film offers a new perspective on major issues in American history from the 1770s to the end of the twentieth century and explores how they have been represented in film. Melvyn Stokes examines how and why representation has changed over time, looking at the origins, underlying assumptions, production, and reception of an important cross-section of historical films. Chapters deal with key events in American history including the American Revolution, the Civil War and its legacy, the Great Depression, and the anti-communism of the Cold War era. Major themes such as ethnicity, slavery, Native Americans and Jewish immigrants are covered and a final chapter looks at the way the 1960s and 70s have been dealt with by Hollywood. This book is essential reading for anyone studying American history and the relationship between history and film.
Explores changing interpretations of major events, figures and themes in American history as represented in Hollywood films.
Introduction 1. The American Revolution 2. Slavery 3. Abraham Lincoln 4. The Civil War 5. The War's Legacy: the Lost Cause and the Ku Klux Klan 6. 'The Good Indian': Dances With Wolves 7. The Golden Door: Hester Street and The Godfather Part II 8. The Limits of Hollywood History: The Grapes of Wrath and the Great Depression 9. HUAC and Hollywood: The Way We Were and Guilty by Suspicion 10. Remembering the 1960s: Mississippi Burning and JFK BibliographyIndex