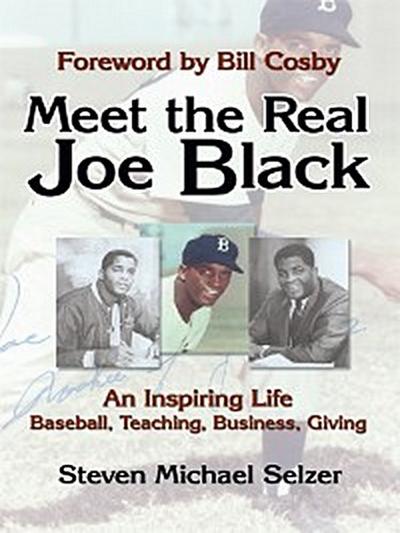 Joe Black was a baseball pioneer, the first black pitcher ever to win a World Series game. He was Jackie Robinson's roommate on the Brooklyn Dodgers. Joe Black then became the only Major Leaguer to become a full-time public school teacher after his baseball career ended. The Black family lived in a very modest house right next to the authors father's auto body shop near the railroad tracks in the poorest part of Plainfield, New Jersey and they knew his late father, Nathan. The author first met Mr. Black when he came to Hubbard Junior High School as a teacher and baseball coach and their forty-five year friendship continued until his death in 2002.

As his teacher, coach, and mentor until the end of his life, Mr. Black became a trusted friend and mentor. He greatly influenced the authors life, his law practice, and his family. Selzer was given the honor of being the opening speaker at Joe Blacks Memorial Celebration on June 1, 2002.

Many of Joes friends, acquaintances, and former colleagues contributed stories for this book; among them are Bill Cosby, Sandy Koufax, Bob Costas, Joe Garagiola, Dusty Baker, Jerry Reinsdorf, Jerry Colangelo and others. John Teets, former CEO of the Greyhound Corporation, talked of Joe Black's progress in advancing to become the first African American executive in the transportation industry. While in this position Joe Black wrote an an inspiring and motivational nationally syndicated column and did radio spots, both called "By the Way". Several of these thoughtful columns appear in this book.