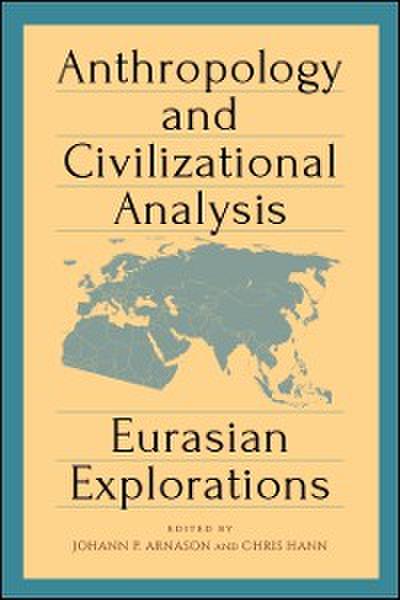 This volume brings social and cultural anthropologists into dialogue with historical sociology and illustrates the continued potential of the concept of civilization for all participants.
The concept of civilization has a long but checkered history in anthropology, and anthropological materials have been of great importance for the development of civilizational analysis in historical sociology. Anthropology and Civilizational Analysis brings these diverse fields together and explores a wide range of topics pertaining to civilization, from classical theories to contemporary rhetorical discourses, including detailed case studies of concrete practices documented through archival and ethnographic research. While many scholars and the wider public still think of civilization in simplistic terms, viewing it in terms of Enlightenment notions of progress and evolution to higher stages, others have pluralized the term only to create essentialized units which are only tenuously linked to historical processes. In this book contributors use dynamic approaches, including those rooted in the seminal writings of Émile Durkheim and Marcel Mauss, opening up the dimension of civilization as an important complement to other key terms such as society and culture in social science and historical analysis.
Acknowledgments

1. Mauss Revisited: The Birth of Civilizational Analysis from the Spirit of Anthropology

2. Approaching Civilization from an Anthropological Perspective: The Complexities of Norbert Elias

4. The Use and Abuse of Civilization: An Assessment from Historical Anthropology for South Arabia’s History

5. Civilization as a Key Guiding Idea in South Asia

6. Indian Imbroglios:
Bhakti Neglected; Or, The Missed Opportunities for a New Approach to a Comparative Analysis of Civilizational Diversity

7. The Indianization and Localization of Textual Imaginaries: Theravada Buddhist Statecraft in Mainland Southeast Asia and Laos in the Context of Civilizational Analysis

8. Frontier as Civilization?: Sociocultural Dynamics in the Uplands of Southeast Asia

12. Theoretical Paradigm or Methodological Heuristic?: Reflections on
Kulturkreislehre with Reference to China

13. Nomads and the Theory of Civilizations