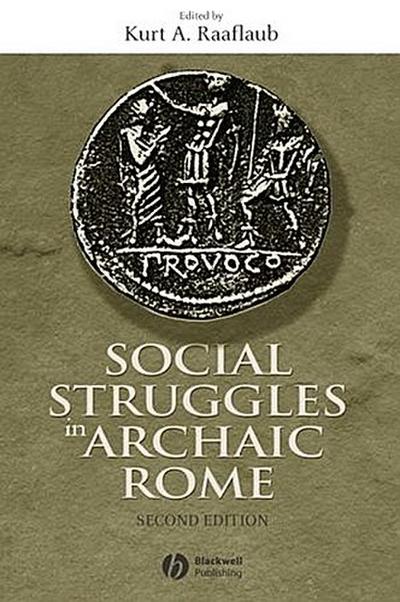 * Includes chapters by leading scholars from both sides of theAtlantic illuminating social, economic, legal, religious, military,and political aspects as well as the reliability of historicalsources

* Contributors have written addenda for the new edition, updatingtheir chapters in light of recent scholarship
Notes on Contributors.

Preface to the second edition.

Preface to the first edition.

1. The Conflict of the Orders in Archaic Rome: A Comprehensiveand Comparative Approach.

4. The Contribution of Archaeology to Early Roman History:Russell T. Scott.

5. Patricians and Plebeians: The Origins of a Social Dichotomy:Jean-Claude Richard.

6. The Definition of patres and plebs: An End to the Struggle ofthe Orders: Richard E. Mitchell.

7. The Rise of the plebs in the Archaic Age of Rome: ArnaldoMomigliano.

8. From Protection and Defense to Offense and Participation:Stages in the Conflict of the Orders: Kurt A. Raaflaub.

9. Religious Aspects of the Conflict of the Orders: The Case ofconfarreatio: Jerzy Linderski.

10. The Political Significance of the Codification of Law inArchaic Societies: An Unconventional Hypothesis: Walter Eder.

11. The Tenth Table and the Conflict of the Orders: MarkToher.

12. The Integration of the Plebians into the Political Orderafter 366 bc: Robert Develin.

13. The End of the Conflict of the Orders: Jürgen vonUngern-Sternberg.

Index of Persons and Places.