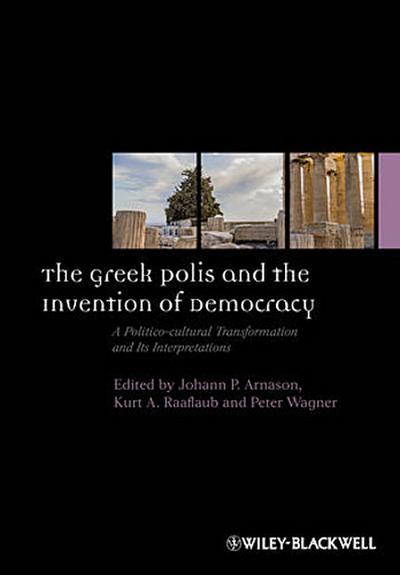 The Greek Polis and the Invention of Democracy

The Greek Polis and the Invention of Democracy presents aseries of essays that trace the Greeks' path to democracy andexamine the connection between the Greek polis as a citizenstate and democracy as well as the interaction between democracyand various forms of cultural expression from a comparativehistorical perspective and with special attention to the place ofGreek democracy in political thought and debates about democracythroughout the centuries.* Presents an original combination of a close synchronic and longdiachronic examination of the Greek polis - city-states thatgave rise to the first democratic system of government
* Offers a detailed study of the close interactionbetweendemocracy, society, and the arts in ancient Greece
* Places the invention of democracy in fifth-century bce Athensboth in its broad social and cultural context and in the context ofthe re-emergence of democracy in the modern world
* Reveals the role Greek democracy played in the political andintellectual traditions that shaped modern democracy, and in thedebates about democracy in modern social, political, andphilosophical thought
* Written collaboratively by an international team of leadingscholars in classics, ancient history, sociology, and politicalscience
Series Editor's Preface vii

Part I The Greek Experience in Long-term Perspective19

2 Transformations of Democracy: Towards a History of PoliticalThought and Practice in Long-term Perspective 47
Peter Wagner

Part II Ways of Polis-making: Grasping the Novelty of thePolitical 69

3 To Act with Good Advice: Greek Tragedy and the DemocraticPolitical Sphere 71
Egon Flaig

4 Democracy and Dissent: the Case of Comedy 99
Lucio Bertelli

9 Inscriptions and the City in Democratic Athens 205
Elizabeth A. Meyer

10 The Impact of Democracy on Communal Life 227
Sara L. Forsdyke

14 Perfecting the "Political Creature": Equality and"the Political" in the Evolution of Greek Democracy323
Kurt A. Raaflaub

15 Tyranny and Tragedy in Nietzsche's Understanding of theGreek Polis 351
Tracy B. Strong