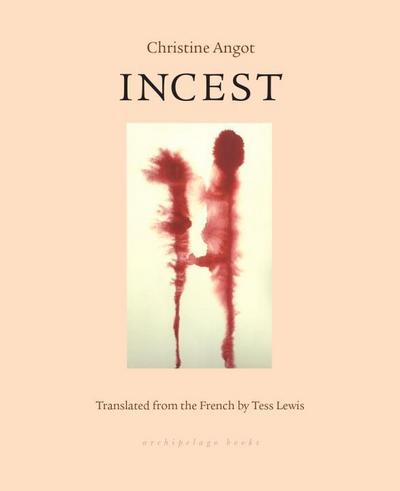 AUTHOR: Christine Angot is one of the most controversial authors writing today in France. Born in 1958 in Châteauroux, Angot studied law at the University of Reims and began writing at the age of 25. After six years of rejections, Angot published her first novel, Vu du ciel, the story of woman named Christine told from the perspective of an angel who died after being raped as a little girl. Her subsequent novels have dealt with a variety of taboo topics, including homosexuality, incest, and sexual violence, and have continually blurred the line between autobiography and fiction. Ever since gaining widespread notoriety with the 1999 publication of Incest, Angot has remained at the center of public debate and has continued to push the boundaries of what society allows an author to express.TRANSLATOR: Tess Lewis is a translator from German and French and an Advisory Editor of The Hudson Review. She has been awarded translation grants from PEN America and PEN UK, an NEA Translation Fellowship, and a Max Geilinger Translation Grant for her translation of Philippe Jaccottet.
A daring novel that made Christine Angot one of the most controversial figures in contemporary France recounts the narrator's incestuous relationship with her father. Tess Lewis's forceful translation brings into English this audacious novel of taboo.The narrator is falling out from a torrential relationship with another woman. Delirious with love and yearning, her thoughts grow increasingly cyclical and wild, until exposing the trauma lying behind her pain. With the intimacy offered by a confession, the narrator embarks on a psychoanalysis of herself, giving the reader entry into her tangled experiences with homosexuality, paranoia, and, at the core of it all, incest. In a masterful translation from the French by Tess Lewis, Christine Angot's Incest audaciously confronts its readers with one of our greatest taboos.