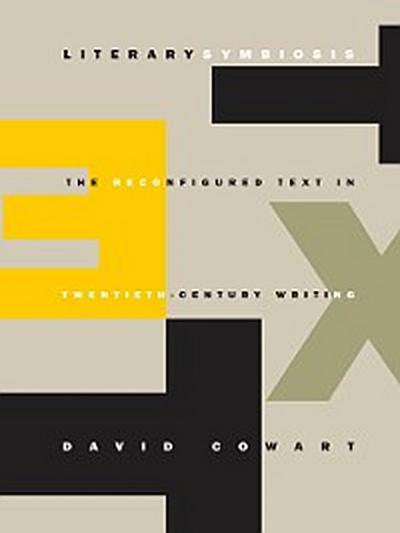 Increasingly, literary texts have attached themselves to their sources in seemingly parasitic—but, more accurately, symbiotic—dependence. It is this kind of mutuality that Cowart examines in his wide-ranging and richly provocative study.

"It is only the unimaginative who ever invents," Oscar Wilde once remarked. "The true artist is known by the use he makes of what he annexes, and he annexes everything." Converying a similar awareness, James Joyce observes in Finnegan's Wake that storytelling is in reality "stolen-telling," that art always involves some sort of "theft" or borrowing.

Usually literary borrowings are so integrated into the new work as to be disguised; however, according to David Cowart, recent decades have seen an increasing number of texts that attach themselves to their sources in seemingly parasitic—but, more accurately, symbiotic—dependence. It is this kind of mutuality that Cowart examines in his wide-ranging and richly provocative study Literary Symbiosis. Cowart considers, for instance, what happens when Tom Stoppard, in Rosencrantz and Guildenstern Are Dead, rewrites Hamlet from the point of view of its two most insignificant characters, or when Jean Rhys, in Wide Sargasso Sea, imagines the early life of Bertha Rochester, the mad-woman in the attic in Jane Eyre.

In such works of literary symbiosis, Cowart notes, intertextuality surrenders its usual veil of near invisibility to become concrete and explicit—a phenomenon that Cowart sees as part of the postmodern tendency toward self-consciousness and self-reflexivity. He recognizes that literary symbiosis has some close cousins and so limits his compass to works that are genuine reinterpretations, writings that cast a new light on earlier works through "some tangible measure of formal or thematic evolution, whether on the part of the guest alone or the host and guest together." Proceeding from this intriguing premise, he offers detailed readings of texts that range from Auden's "The Sea and the Mirror," based on The Tempest, to Valerie Martin's reworking of The Strange Case of Dr. Jekyll and Mr. Hyde as Mary Reilly, to various fictions based on Robinson Crusoe. He also considers, in Nabokov's Pale Fire, a compelling example of text and parasite-text within a single work.

Drawing on and responding to the ideas of disparate thinkers and critics—among them Freud, Harold Bloom, Jacques Lacan, Jacques Derrida, Hillis Miller, and Henry Louis Gates Jr.—Cowart discusses literary symbiosis as Oedipal drama, as reading and misreading, as deconstruction, as Signifying, and as epistemic dialogue. Although his main examples come from the contemporary period, he refers to works dating as far back as the classical era, works representing a range of genres (drama, fiction, poetry, opera, and film). The study of literary symbiosis, Cowart contends, can reveal much about the dynamics of literary renewal in every age. If all literature redeems the familiar, he suggests, literary symbiosis redeems the familiar in literature itself.