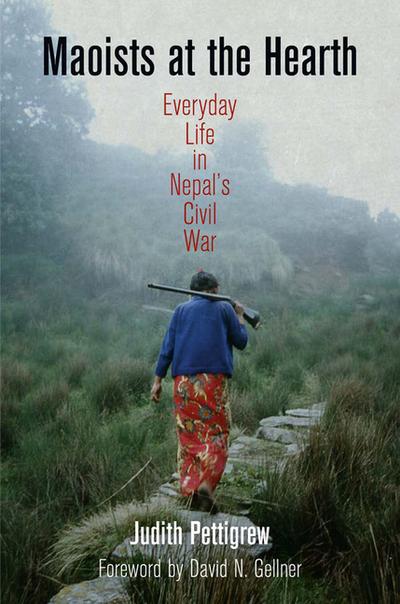 Maoists at the Hearth

Maoists at the Hearth details the ways that inhabitants of a hill village in central Nepal managed their everyday activities following the arrival of Maoist insurgents in the late 1990s, exploring their changing social relationships with fellow villagers and the parties to the conflict both during and after the civil war.

The Maoist insurgency in Nepal lasted from 1996 to 2006, and at the pinnacle of their armed success the Maoists controlled much of the countryside. Maoists at the Hearth, which is based on ethnographic research that commenced more than a decade before the escalation of the civil war in 2001, explores the daily life in a hill village in central Nepal, during the "People's War." From the everyday routines before the arrival of the Maoists in the late 1990s through the insurgency and its aftermath, this book examines the changing social relationships among fellow villagers and parties to the conflict.

War is not an interruption that suspends social processes. Life in the village focused as usual on social challenges, interpersonal relationships, and essential duties such as managing agricultural work, running households, and organizing development projects. But as Judith Pettigrew shows, social life, cultural practices, and routine activities are reshaped in uncertain and dangerous circumstances. The book considers how these activities were conducted under dramatically transformed conditions and discusses the challenges (and, sometimes, opportunities) that the villagers confronted.

By considering local spatial arrangements and their adaptation, Pettigrew explores people's reactions when they lost control of the personal, public, and sacred spaces of the village. A central consideration of Maoists at the Hearth is an exploration of how local social tensions were realized and renegotiated as people supported (and sometimes betrayed) each other and of how villager-Maoist relationships (and to a lesser extent villager-army relationships), which drew on a range of culturally patterned preexisting relationships, were reforged, transformed, or renegotiated in the context of the conflict and its aftermath.

Introduction
Chapter 1. The Village of Kwei Nasa in 1991−92
Chapter 2. No Place to Hide
Chapter 3. Return to Kwei Nasa
Chapter 4. Maoists in the House
Chapter 5. "Our Government Is the Maoists"
Chapter 6. "All We Need Is Peace": The People's Movement and Its Aftermath
Chapter 7. After Words