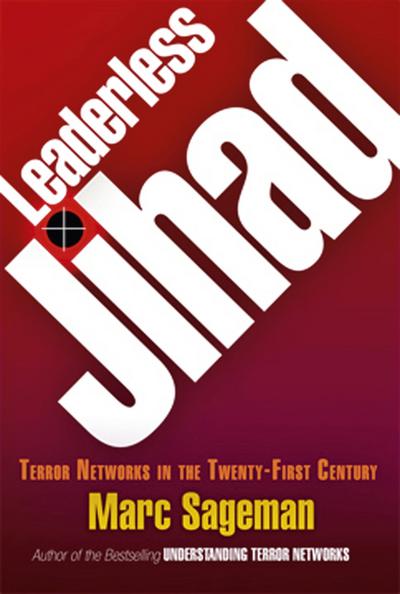 Building on his previous groundbreaking work on the al Qaeda network, forensic psychiatrist Marc Sageman has greatly expanded his research to explain how Islamic terrorism emerges and operates in the twenty-first century.

In the post-September 11 world, Al Qaeda is no longer the central organizing force that aids or authorizes terrorist attacks or recruits terrorists. It is now more a source of inspiration for terrorist acts carried out by independent local groups that have branded themselves with the Al Qaeda name. Building on his previous groundbreaking work on the Al Qaeda network, forensic psychiatrist Marc Sageman has greatly expanded his research to explain how Islamic terrorism emerges and operates in the twenty-first century.

In Leaderless Jihad, Sageman rejects the views that place responsibility for terrorism on society or a flawed, predisposed individual. Instead, he argues, the individual, outside influence, and group dynamics come together in a four-step process through which Muslim youth become radicalized. First, traumatic events either experienced personally or learned about indirectly spark moral outrage. Individuals interpret this outrage through a specific ideology, more felt and understood than based on doctrine. Usually in a chat room or other Internet-based venues, adherents share this moral outrage, which resonates with the personal experiences of others. The outrage is acted on by a group, either online or offline.

Leaderless Jihad offers a ray of hope. Drawing on historical analogies, Sageman argues that the zeal of jihadism is self-terminating; eventually its followers will turn away from violence as a means of expressing their discontent. The book concludes with Sageman's recommendations for the application of his research to counterterrorism law enforcement efforts.

Preface
Introduction. Understanding the Path to Radicalism
1. How to Study Terrorism in the Twenty-First Century
2. The Globalization of Jihadi Terror
3. The Jihadist's Profile
4. Radicalization in the Diaspora
5. The Atlantic Divide
6. Terrorism in the Age of the Internet
7. The Rise of Leaderless Jihad
8. Combating Global Islamist Terrorism