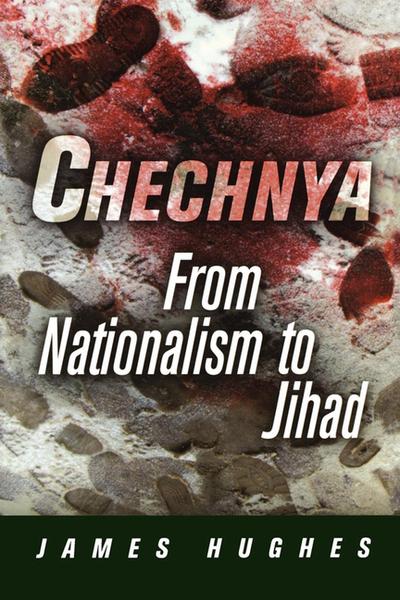 The conflict in Chechnya involves many of the most contentious issues in contemporary international politics. By providing us with a persuasive and challenging study, Hughes sets out the indispensable lessons for other conflicts involving the volatile combination of insurgency and counterinsurgency, most notably the wars in Iraq and Afghanistan.

The sheer scale and brutality of the hostilities between Russia and Chechnya stand out as an exception in the mostly peaceful breakup of the Soviet Union. Chechnya: From Nationalism to Jihad provides a fascinating analysis of the transformation of secular nationalist resistance in a nominally Islamic society into a struggle that is its antithesis, jihad. Hughes locates Chechen nationalism within the wider movement for national self-determination that followed the collapse of the Soviet empire. When negotiations failed in the early 1990s, political violence was instrumentalized to consolidate opposing nationalist visions of state-building in Russia and Chechnya. The resistance in Chechnya also occurred in a regional context where Russian hegemony over the Caucasus, especially the resources of the Caspian basin, was in retreat, and in an international context of rising Islamic radicalism. Alongside Bosnia, Kashmir, and other conflicts, Chechnya became embedded in Osama Bin Laden's repertoire of jihadist rhetoric against the "West." It was not simply Russia's destruction of a nationalist option for Chechnya, or "Wahabbist" infiltration from without, that created the political space for Islamism. Rather, we must look also at how the conflict was fought. The lack of proportionality and discrimination in the use of violence, particularly by Russia, accelerated and intensified the Islamic radicalization and thereby transformed the nature of the conflict.

This nuanced and balanced study provides a much-needed antidote to the mythologizing of Chechen resistance before, and its demonization after, 9/11. The conflict in Chechnya involves one of the most contentious issues in contemporary international politics—how do we differentiate between the legitimate use of violence to resist imperialism, occupation, and misgovernment, and the use of terrorism against legitimate rule? This book sets out indispensable lessons for understanding conflicts involving the volatile combination of nationalist insurgency, jihad, and terrorism, most notably for the wars in Iraq and Afghanistan.