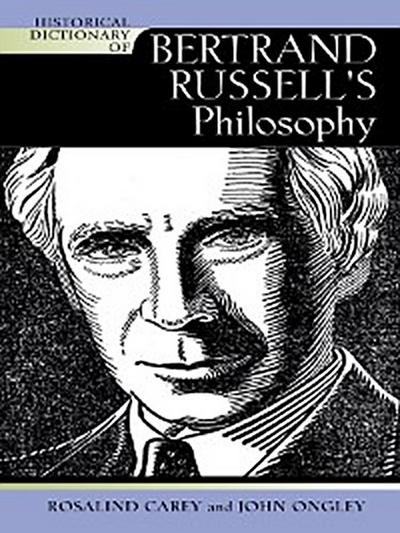 The Historical Dictionary of Bertrand Russell's Philosophy is the only dictionary to date of Bertrand Russell's ideas. It is a guide to the many elements of Russell's philosophy. A glimpse at Russell's work shows instantly why such a text is needed. Taking his books alone, Russell is author of almost 100. Many are classics, several require technical expertise, and together they address dozens of separate disciplines and domains.
Academic philosopher, logician, public intellectual, educator, political activist, and freethinker, Bertrand Russell was and remains a colossus. No other single philosopher in the last 200 years can be said to have created so much and influenced so many. His Principia Mathematica, written with A. N. Whitehead, ranks as one of the greatest books on logic since Aristotle. His philosophical work on language, meaning, logic, mind, and metaphysics formed the basis of 20th-century philosophy. Russell was active in numerous political movements of liberation and peace, and his popular writings, including the best-selling History of Western Philosophy, won the Nobel prize in literature in 1950. Historical Dictionary of Bertrand Russell's Philosophy offers a comprehensive, current guide to the many facets of Russell's work. Through its chronology, introductory essay, bibliography, and hundreds of cross-referenced dictionary entries on concepts, people, works, and technical terms, Russell's impact on philosophy and related fields is made accessible to the reader in this must-have reference.