Language, Self and Society: A Social History of Language 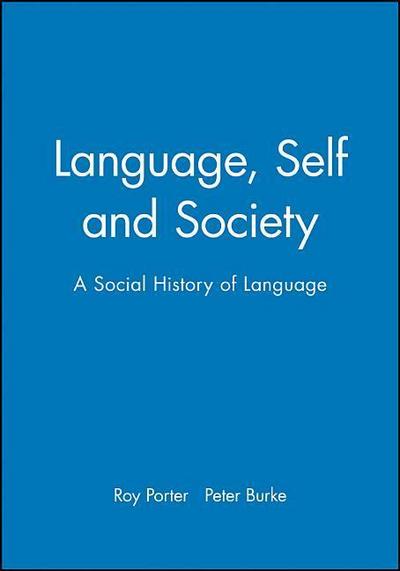 Peter Burke is a Reader in Cultural History at the University of Cambridge and a Fellow of Emmanuel College, Cambridge. Roy Porter is a Professor of the History of Medicine at The Wellcome Institute for the History of Medicine.
This important book examines the role of written and spoken language in shaping our sense of reality, in exchanges of social life, and in fashioning our sense of self. It develops a distinctive, socio-historical approach to these issues, offering a range of illuminating studies in the social history of language. The first section discusses the history of specially charged languages (Latin, Hebrew, and the speech-forms of the Quakers). The second section examines the politics of language, paying special attention to dialect and the relations between the language of conquerors and the conquered. In the third section, the relation between forms of expression and the development of personal self-definition is discussed. This key work will make a major contribution to the interdisciplinary study of language. It will be of interest to students and researchers in social history, linguistics, and the history and sociology of language.
Introduction. 1. Heu domine, adsunt Turcae: A Sketch for a Social History of Post--medieval Latin: Peter Burke. 2. The Uses of Hebrew in the English Revolution: Nigel Smith. 3. From Shibboleth to Apocalypse: Quaker Speechways during the Puritan Revolution: Hugh Ormsby--Lennon. 4. a New World of English Wordsa : John Ray, FRS, the Dialect Protagonist, in the Context of his Times (1658 -- 1691): Jo Gladstone. 5. The Peoplea s English: Language and Class in England c.1840 -- 1920: Patrick Joyce. 6. Languages and Conquerors: Victor Kiernan. 7. Towards a Semiotics of the Nerve: The Social History of Language in a New Key: G. S. Rousseau. 8. Expressing Yourself Ill: The Language of Sickness in Georgian England: Roy Porter. 9. a A New Sort of Logick and Criticka : Etymological Interpretation in Horne Tookea s The Diversions of Purley: Daniel Rosenberg. Afterword: Dell Hymes. Index.