New Perspectives on the Irish Abroad 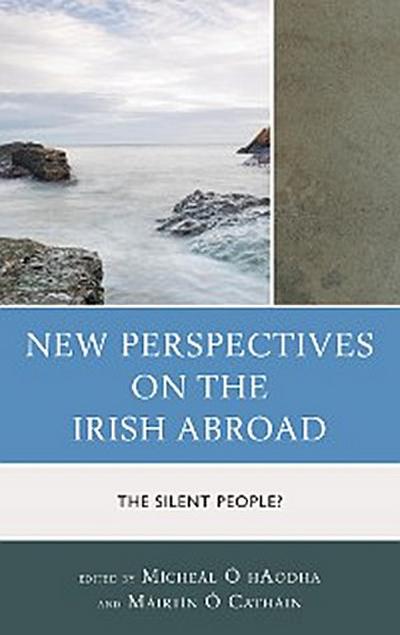 New Perspectives on the Irish Abroad: The Silent People? investigates how Irish emigrants maintain a dialogue with Ireland. The contributors explore both Ireland’s relationship with its diaspora communities and the discourses on Irish diaspora identity in an effort to give voice to those whose stories have been neglected.
The relationship between Ireland and the diversity of its diasporas has always been complex and multi-layered, but it is not until recently that this reality has really been acknowledged in the public sphere and indeed, amongst the scholarly community generally. This reality is partly a consequence of both “push-and-pull” factors and the relatively late arrival of globalization trends to the island of Ireland itself, situated as it is on the Atlantic seaboard between Europe and the US. Ireland is changing however, some would say at an unprecedented speed as compared with many of its neighbours, and the sense of Irish identity and connection to the home country is changing too. What is the relationship of Ireland and the Irish with its diaspora communities and how is this articulated? The voices who speak in New Perspectives on the Irish Abroad: The Silent People?, edited by Mícheál Ó hAodha and Máirtín Ó Catháin, “talk back” to Ireland and Ireland talks to them, and it is in telling that we see a new story, an emerging discourse—the narratives of the “hidden” Irish, the migrant Irish, the diaspora whose voices and refrains were hitherto neglected or subject to silence.
Introduction

Chapter 4: The Gaelic Athletic Association and the Irish Diaspora in London
Stephen Moore and Paul Darby