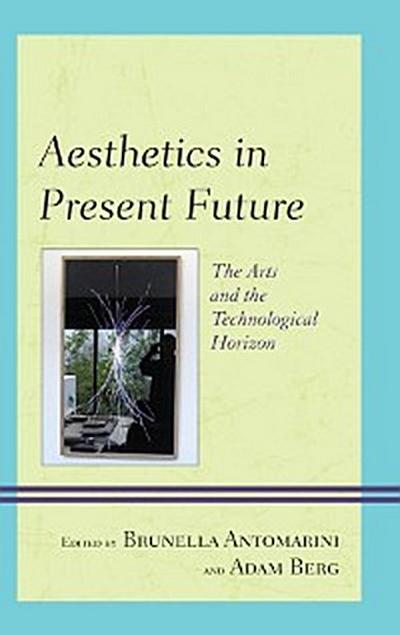 The theme of Aesthetics in Present Future concerns the new chances the arts have and the deep changes they are undergoing, due to the new media, and the digital world in which we are growingly immersed. That this world is to be understood from an aesthetic point of view, become clear if we think of how much of what we produce, and observe and study is offered through images in particular and perceptual means in general.
Aesthetics in Present Future: The Arts and the Technological Horizon collects essays by specialized scholars and a few artists, who focus on the issue of how deeply the arts change when conveyed by the new media (the web; 3D printers, videos, etc.) or also simply diffused by them. Every author shows to analyze the topic without glorifying nor criticizing this strong tendency. Their analyses proceed as descriptions, stating how both the virtual production and virtual communication change our attitudes toward what we call the arts. The scope of the topics goes from photography to cinema, to painting, from theatre to avant-guarde art and net art, construction of robots and simulation of brain functions. The result is an astonishing range of new possibilities for the arts and new perspectives regarding our knowledge of the world.

Acknowledgments
Introduction
Part I: Aesthetics of Future
Chapter 1: The Virtual Body
Chapter 2: Robots That Have Art
Chapter 3: Unimodernism, Or the Aesthetics of Permanent Present
Chapter 4: The Kantian philosophy of Twitter
Chapter 5: Identifying and Intercting: Notes on the Architecture of the Visual Brain
Interlude
Mneem
Part II: Future of Aesthetics
Chapter 6: Aesthetics and Kinesthetics in Performance
Chapter 7: Artifice, or a New Nature: Toward a Philosophy of the Automation
Chapter 8: Aesthetics and Transcoding. De-Accelerating the Photographic Image
Chapter 9: Ruins. Reflections on Aggression and Destruction in Aesthetics
Chapter 10: About the “Anything Goes” in Art
Chapter 11: The Changing Canvas of the City
Bibliography
Index
About the Authors