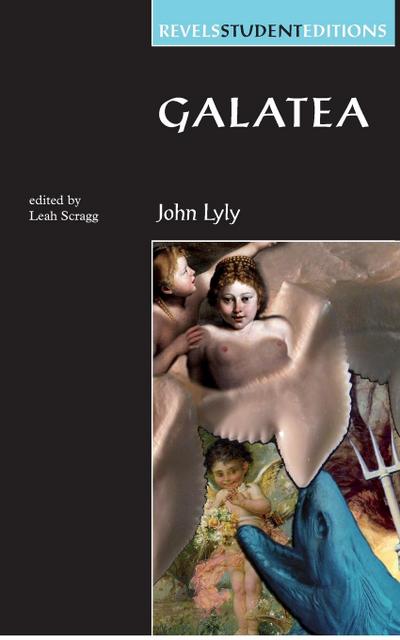 Leah Scragg is an Honoarary Senior Research Fellow in the School of Arts, Histories and Cultures at the University of Manchester
Devised as an entertainment for a Tudor monarch and engaged with matters particularly pertinent to the Elizabethan state, Galatea might be seen, paradoxically, as a parable for our time. Inhabiting a world threatened with inundation and engaged in a process of change, the characters find themselves locked in a series of transgressive situations that speak directly to contemporary experience and twenty-first-century critical concerns. Same-sex relationships, shifts of authority, and the destabilization of meaning all lend the drama a surprising modernity, making it at once the most accessible of Lyly's plays and the one most frequently performed today.
Specifically designed for the student reader, Leah Scragg's edition offers a range of perspectives on the work. An extensive introduction locates the play in the context of the Elizabethan court and the performance of plays by juvenile troupes, opening a window upon a kind of drama very different from that of more familiar sixteenth-century dramatists such as Marlowe and Shakespeare. The latter's indebtedness to the work is fully documented, while detailed critical and performance histories afford an insight into the susceptibility of the work to reinterpretation.

Newly edited from the earliest witness, the quarto of 1592, and richly annotated for the modern reader, this edition allows access to the work of a writer who was a central figure in the cultural life of late sixteenth-century England and is still capable of speaking to audiences today.
INTRODUCTION
Language and structure: from a prose style to a dramatic mode
Ovid and Virgil
The pastoral convention and the cult of the Virgin Queen
Lylian drama and the Boys of St Paul's
Lyly and Shakespeare
Galatea on stage
Galatea and its readers
This edition and the editorial history of the play
GALATEA