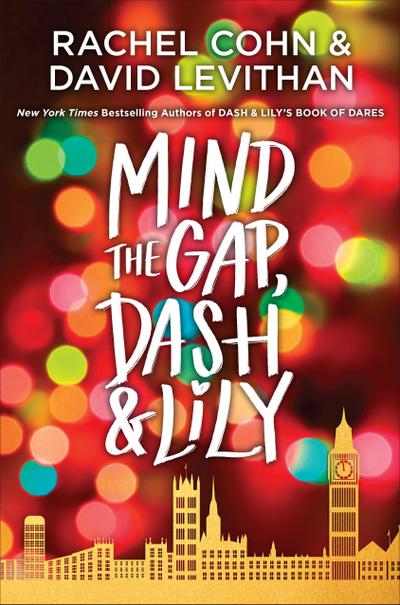 Rachel Cohn is the author of critically acclaimed YA novels Very LeFreak, You Know Where to Find Me, Cupcake, Shrimp, Gingerbread, and Beta. A graduate of Barnard College, she lives and writes in Los Angeles.

When not writing during spare hours on weekends, David Levithan is editorial director at Scholastic and the founding editor of the PUSH imprint, which is devoted to finding new voices and new authors in teen literature. His acclaimed novels Boy Meets Boy and The Realm of Possibility started as stories he wrote for his friends for Valentine's Day (something he's done for the past 22 years and counting) that turned themselves into teen novels. He's often asked if the book is a work of fantasy or a work of reality, and the answer is right down the middle it's about where we're going, and where we should be.
For Dash and Lily, it's beginning to look a lot like...distance! Just in time for the series release of Dash & Lily on Netflix comes a new helping of love--this time across the pond as best-selling authors Rachel Cohn and David Levithan send Dash and Lily to England.

Dash and Lily were feeling closer than ever...it's just too bad they're now an ocean apart. After Dash gets accepted to Oxford University and Lily stays in New York to take care of her dogwalking business, the devoted couple are struggling to make a long distance relationship work. And when Dash breaks the news that he won't be coming home for Christmas, Lily makes a decision: if Dash can't come to her, she'll join him in London. It's a perfect romantic gesture...that spins out of Lily's control. Soon Dash and Lily are feeling more of a gap between them, even though they're in the same city. Will London bring them together again--or will it be their undoing?