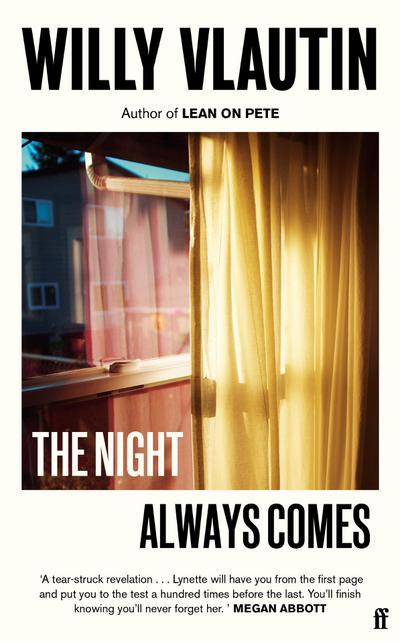 Vlautin, WillyWilly Vlautin is the author of five novels, including The Motel Life; Lean on Pete, which was shortlisted for the IMPAC Dublin Literary Award and made into an acclaimed film by Andrew Haigh; and Don't Skip Out on Me, a finalist for the PEN/Faulkner Award for Fiction. Vlautin lives outside of Portland, Oregon, and is the founding member of the bands Richmond Fontaine and The Delines.
Terrific.' Richard Russo
'A revelation.' Megan Abbott
'Remarkable.' Rene Denfeld

Between looking after her brother, working two low-paid jobs, and trying to take part-time college classes, Lynette is dangerously tired. Every penny she's earned for years, she's put into savings, trying to scrape together enough to take out a mortgage on the house she rents with her mother. Finally becoming a homeowner in their rapidly gentrifying Portland neighbourhood could offer Lynette the kind of freedoms she's never had. But, when the plan is derailed, Lynette must embark on a desperate odyssey of hope and anguish.

Written with all Willy Vlautin's characteristic and heart-wrenching empathy, The Night Always Comes holds up a mirror to a society which leaves too many people only a step away from falling between the cracks.


What readers are saying:
'Amazing . . . Vlautin hit the nail on the head with this. I could not stop thinking about the characters and where the story would take them.'

'The book pulls you into the story and you can't wait to find out what happens next.'

'Fabulous . . . part suspenseful action and part deep character study.
Set over two days and two nights, the story of one woman's resilience in the face of opportunism, greed and ever-narrowing choices.