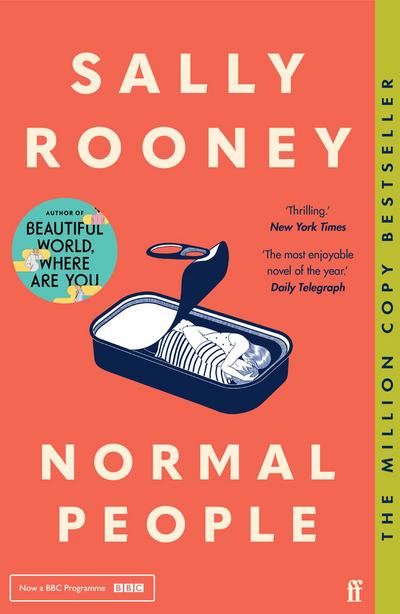 Rooney, SallySally Rooney is the author of the novels Conversations with Friends, Normal People and Beautiful World, Where Are You. She was the winner of the Sunday Times/PFD Young Writer of the Year Award in 2017. Normal People ('the literary phenomenon of the decade', Guardian) was the Waterstones Book of the Year 2019, won the Costa Novel of the Year 2018 and the Royal Society of Literature's Encore Award 2019. Sally Rooney co-wrote the television adaptation of Normal People which was broadcast on the BBC in 2020.
***PRE-ORDER BEAUTIFUL WORLD, WHERE ARE YOU NOW***

'The best young novelist - indeed one of the best novelists - I've read in years.' Olivia Laing

'One the best novels I have read in years.' Sheila Heti

Connell and Marianne grow up in the same small town in the west of Ireland, but the similarities end there. In school, Connell is popular and well-liked, while Marianne is a loner. But when the two strike up a conversation - awkward but electrifying - something life-changing begins.

Normal People is a story of mutual fascination, friendship and love. It takes us from that first conversation to the years beyond, in the company of two people who try to stay apart but find they can't.

READ THE BOOK OF THE HIT TV SERIES: THE BBC ADAPTATION OF NORMAL PEOPLE IS NOW AVAILABLE ON BBC IPLAYER AND BBC 1
'The literary phenomenon of the decade.' - Guardian