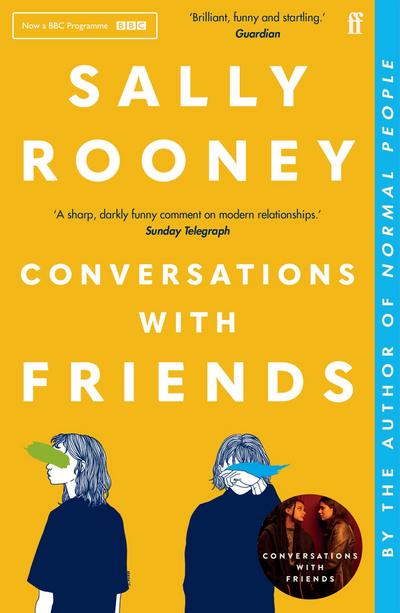 Rooney, SallySally Rooney is the author of the novels Conversations with Friends, Normal People and Beautiful World, Where Are You. She was the winner of the Sunday Times/PFD Young Writer of the Year Award in 2017. Normal People ('the literary phenomenon of the decade', Guardian) was the Waterstones Book of the Year 2019, won the Costa Novel of the Year 2018 and the Royal Society of Literature's Encore Award 2019. Sally Rooney co-wrote the television adaptation of Normal People which was broadcast on the BBC in 2020.
CONVERSATIONS WITH FRIENDS WILL BE ADAPTED FOR A BBC THREE DRAMA, PREMIERING IN 2022!

'This book. This book. I read it in one day. I hear I'm not alone.'
- Sarah Jessica Parker (Instagram)

Frances is twenty-one years old, cool-headed and observant. A student in Dublin and an aspiring writer, at night she performs spoken word with her best friend Bobbi, who used to be her girlfriend. When they are interviewed and then befriended by Melissa, a well-known journalist who is married to Nick, an actor, they enter a world of beautiful houses, raucous dinner parties and holidays in Provence, beginning a complex ménage-à-quatre. But when Frances and Nick get unexpectedly closer, the sharply witty and emotion-averse Frances is forced to honestly confront her own vulnerabilities for the first time.

FROM THE AUTHOR OF NORMAL PEOPLE, THE BOOK OF THE HIT TV SERIES, NOW AVAILABLE ON THE BBC
The critically-acclaimed debut novel by Sally Rooney, now in paperback.