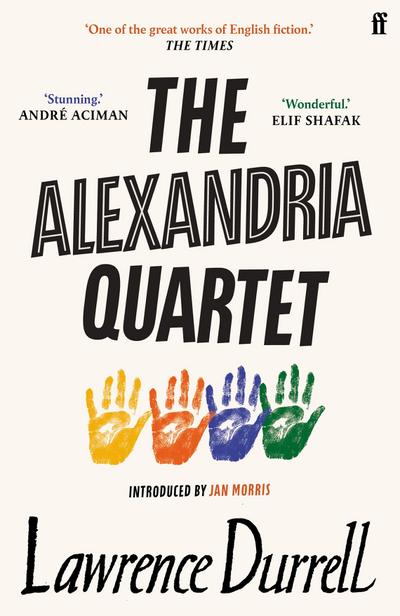 Durrell, LawrenceLawrence Durrell was a British novelist, poet, dramatist, and travel writer. Born in 1912 in India to British colonial parents, he was sent to school in England and later moved to Corfu with his family - a period which his brother Gerald fictionalised in My Family and Other Animals - later filmed as The Durrells in Corfu - and which he himself described in Prospero's Cell. The first of Durrell's island books, this was followed by Reflections on a Marine Venus on Rhodes; Bitter Lemons, on Cyprus, which won the Duff Cooper Memorial Prize; and, later, The Greek Islands.

Durrell's first major novel, The Black Book, was published in 1938 in Paris, where he befriended Henry Miller and Anaïs Nin - and it was praised by T. S. Eliot, who published his poetry in 1943. A wartime sojourn in Egypt inspired his bestselling masterpiece, The Alexandria Quartet (Justine, Balthazar, Mountolive and Clea) which he completed in his new home in Southern France, where in 1974 he began The Avignon Quintet. When he died in 1990, Durrell was one of the most celebrated writers in British history.
Rediscover one of the twentieth century's greatest romances in Lawrence Durrell's seductive tale of four tangled lovers in wartime Egypt that is 'stunning' (André Aciman) and 'wonderful' (Elif Shafak)

'One of the great works of English fiction.' Times

'Lushly beautiful ... One of the most important works of our time.' NYTBR

Alexandria, Egypt. Trams, palm trees and watermelon stalls lie honey-bathed in sunlight; in darkened bedrooms, sweaty lovers unfurl. But in a world trembling on the brink of the Second World War, passion and death are inextricable.


When Darley, a penniless schoolteacher, begins an affair with Justine - a married Egyptian woman of unparalleled glamour - their partners, Melissa and Nessim, are sucked into a whirlpool of jealousy and violence.

One of the twentieth-century's greatest romances, Lawrence Durrell's scandalous 'investigation of modern love' set the world alight in 1957. Rich in political and sexual intrigue, his epic masterpiece burns just as brightly today. Introduced by Jan Morris, this oomnibus edition collects all four novels together in all their glory.

What Readers Are Saying - Justine (Book 1):

'Sometimes you discover a new author and know you're going to be friends for life ... One of the most beautiful books I've ever read.'

'I absolutely adored this book ... I felt sucked into it with an amazing force by the beauty of the words ... The backdrop of 1930s Egypt's literary circles and bohemian relationships is mesmerising ... Breathtaking.'

'Shimmering and dreamlike ... One of the most beautifully written books I've read ... All of life is here; can't wait for the next one.'

'What makes this novel truly spectacular is the language, the episodic jumps in time, the lush lyricism, and how Durrell so deftly manages to tie this all into both the city of Alexandria and the themes of passion, love, and jealousy. '
Rediscover one of the twentieth century's greatest romances in Lawrence Durrell's seductive tale of four tangled lovers in wartime Egypt that is 'stunning' (André Aciman) and 'wonderful' (Elif Shafak)