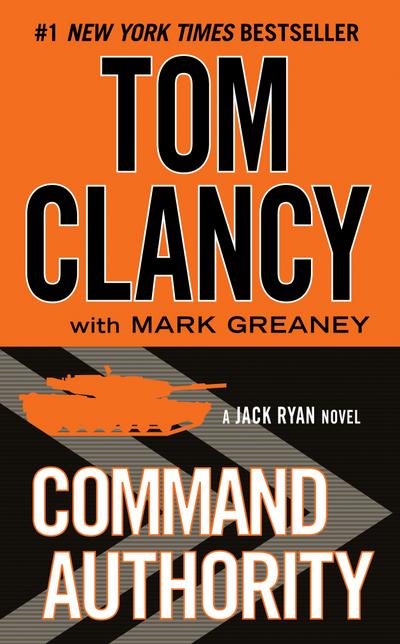 A little more than thirty years ago Tom Clancy was a Maryland insurance broker with a passion for naval history. Years before, he had been an English major at Baltimore s Loyola College and had always dreamed of writing a novel. His first effort, The Hunt for Red October the first of the phenomenally successful Jack Ryan novels sold briskly as a result of rave reviews, then catapulted onto the New York Times bestseller list after President Reagan pronounced it the perfect yarn. From that day forward, Clancy established himself as an undisputed master at blending exceptional realism and authenticity, intricate plotting, and razor-sharp suspense. He passed away in October 2013.

Mark Greaney has a degree in international relations and political science. In his research for the Gray Man novels, including Mission Critical, Agent in Place, Gunmetal Gray, Back Blast, Dead Eye, Ballistic, On Target, and The Gray Man, he traveled to more than fifteen countries and trained alongside military and law enforcement in the use of firearms, battlefield medicine, and close-range combative tactics. He is also the author of the New York Times bestsellers Tom Clancy Support and Defend, Tom Clancy Full Force and Effect, Tom Clancy Commander in Chief, and Tom Clancy True Faith and Allegiance. With Tom Clancy, he coauthored Locked On, Threat Vector, and Command Authority.
In this Jack Ryan thriller, #1 New York Times bestselling author Tom Clancy delivers an electrifying story of intrigue, power, and a family with two generations of heroes .

Decades ago, as a young CIA analyst, President Jack Ryan Sr. was sent out to investigate the death of an operative only to uncover the existence of a KGB assassin codenamed Zenith. He was never able to find the killer....

In the present, a new strongman has emerged in the ever-chaotic Russian republic the enigmatic President Valeri Volodon. But the foundations of his personal empire are built on a bloody secret from his past. And none who know of it have lived to tell. For he has set a plot in motion a plot to return Russia to its former glory.

But when a family friend of Ryan s is poisoned by a radioactive agent, the trail leads to Russia. And Jack Ryan Jr. aided by his compatriots John Clark and the covert warriors of the secretive Campus must delve into an international conflict thirty years in the making, and finish what his father started.

With President Ryan fighting the political battle of his life, and his son fighting a silent war against a ruthless foe, global conflict becomes imminent and the possibility of survival may soon be lost for all....
Theres a new strong man in Russia but his rise to power is based on a dark secret hidden decades in the past. The solution to that mystery lies with a most unexpected source, President Jack Ryan.