Dying in the Dark: A Tamara Hayle Mystery 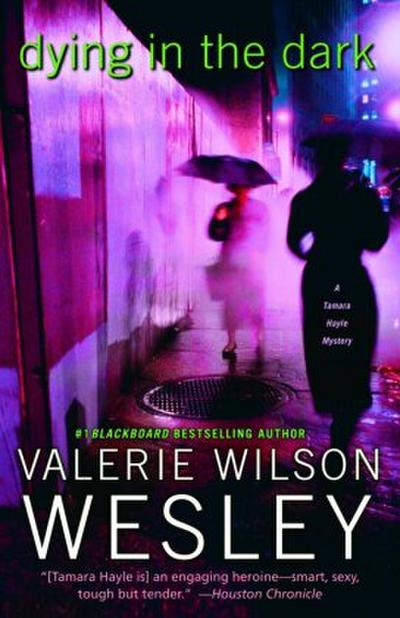 Valerie Wilson Wesley is the Blackboard bestselling author of six Tamara Hayle mysteries. Her recent novels include Always True to You in My Fashion and the novel Ain t Nobody s Business If I Do, for which she received the 2000 award for excellence in adult fiction from the Black Caucus of the American Library Association. A former executive editor at Essence magazine, she lives in New Jersey.

Visit the author s Web site at tamarahayle.com
Valerie Wilson Wesley s Tamara Hayle mystery series featuring Newark, New Jersey s number one private investigator are loved for their smart, sexy protagonist who has a way with a wisecrack that is positively lethal (Washington Post). Now in Dying in the Dark, Hayle is entrenched in a sinister investigation that will demand her best detective work yet.

Tamara Hayle s past has come back to haunt her literally. She s been plagued by terrifying dreams about Celia Jones, an old friend whose walk on the wild side led her to a horrible death. Celia s teenage son, Cecil, begs Tamara to find his mother s killer . . . only to end up dead himself, stabbed through the heart.

The search for Celia and her son s killer pulls Tamara deep into her friend s troubled love life, where everyone adored her but somebody held a murderous  grudge. There s her bullying thug of an ex-husband; a handsome ex-lover who woos Tamara with charm and lies; and an angry, jealous woman who claims that Celia broke her heart. And those were just the obvious people with axes to grind.

Despite her better judgment and the admonitions of the police department, Tamara refuses to back away from the mystery surrounding her old friend s death and the tragedy that met her son. All clues lead to the past Tamara shared with Celia Jones, and Tamara fears that that past will threaten her own son. But she uncovers more than she bargained for and unearths secrets someone would kill to keep in the shadows.
Morde aufzudecken, um Geld zu verdienen, ist das eine. Den Mord an der ehemals besten Freundin aufzuklären etwas ganz anderes. Das merkt Tamara Hayle, als ihre Freundin aus Teenagerzeiten eines gewaltsamen Todes stirbt: Der Fall geht Tamara so nah wie noch nie - und sie ermittelt mit mehr Einfühlung denn je.