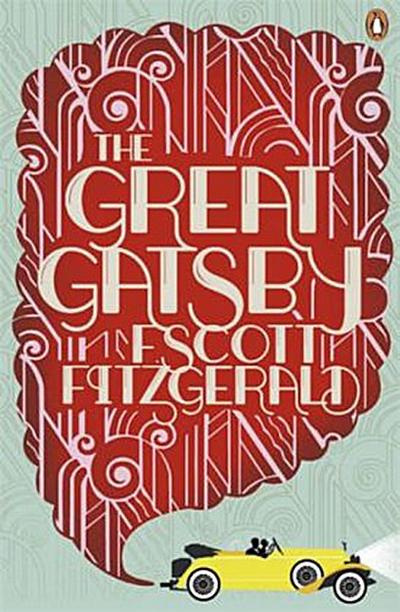 Fitzgerald, F ScottFrancis Scott Fitzgerald was born in 1896 in Saint Paul, Minnesota, and educated at Princeton. Stationed in Alabama, he met and later married Zelda Sayre. His first novel, This Side of Paradise published in 1920, was a tremendous critical and commercial success. Fitzgerald followed with The Beautiful and the Damned in 1922, The Great Gatsby in 1925 and Tender is the Night in 1934. He was working on The Last Tycoon (1941) when he died, in Hollywood, in 1940.

A beautiful new edition of F. Scott Fitzgerald's classic novel The Great Gatsby to coincide with the release of Baz Luhrmann's film.

'There was music from my neighbour's house through the summer nights. In his blue gardens men and girls came and went like moths among the whisperings and the champagne and the stars.'

Everybody who is anybody is seen at the glittering parties held in millionaire Jay Gatsby's mansion in West Egg, east of New York. The riotous throng congregates in his sumptuous garden, coolly debating Gatsby's origins and mysterious past. None of the frivolous socialites understands him and among various rumours is the conviction that 'he killed a man'. A detached onlooker, Gatsby is oblivious to the speculation he creates, but always seems to be watching and waiting, though no one knows what for.

As writer Nick Carraway is drawn into this decadent orbit, Gatsby's destructive dreams and passions are revealed, leading to disturbing and tragic consequences.

'Not only a page turner and heartbreaker, it's one of the most quintessentially American novels ever written' Time

F. Scott Fitzgerald was born in St Paul, Minnesota in 1896. He studied at Princeton University before joining the army in 1917. In 1920 he married Zelda Sayre. Their traumatic relationship and subsequent breakdowns became a major influence on his writing. Among his publications were five novels, This Side of Paradise, The Great Gatsby, The Beautiful and the Damned, Tender is the Night and The Last Tycoon (his last and unfinished work); six volumes of short stories and The Crack-Up, a selection of autobiographical pieces. F. Scott Fitzgerald died suddenly in 1940.

Generally considered to be F. Scott Fitzgerald's finest novel, The Great Gatsby is a consummate summary of the "roaring twenties", and a devastating expose of the 'Jazz Age'.
Through the narration of Nick Carraway, the reader is taken into the superficially glittering world of the mansions which lined the Long Island shore in the 1920s, to encounter Nick's cousin Daisy, her brash but wealthy husband Tom Buchanan, Jay Gatsby and the mystery that surrounds him.
The Great Gatsby is an undisputed classic of American literature from the period following the First World War and is one of the great novels of the twentieth century.