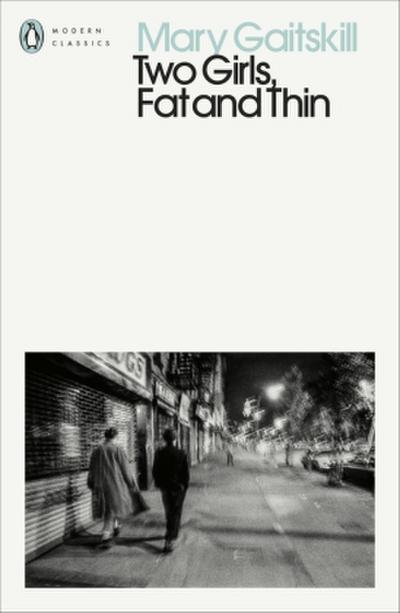 Gaitskill, MaryMary Gaitskill is the author of the story collections Bad Behavior, Because They Wanted To (nominated for the PEN/Faulkner Award), and Don't Cry, the novels The Mare, Veronica (nominated for the National Book Award), Two Girls, Fat and Thin, and a collection of essays, Somebody with A Little Hammer. Her stories and essays have appeared in the New Yorker, Harper's, Artforum, and Granta, among many other journals, as well as in The Best American Short Stories and The O. Henry Prize Stories.

The intense, caustically funny first novel from the bestselling author of Bad Behaviour

Dorothy Never - fat - lives alone in New York, eats and works the night shift as a proofreader. Justine Shade - thin - is a freelance journalist who sleeps with unsuitable men. Both are isolated. Both are damaged by their pasts. When Justine interviews Dorothy about her involvement with an infamous and charismatic philosophical guru, the two women are drawn together with an intense magnetism that throws their lives off balance. Mary Gaitskill's first novel is an intense, darkly funny and caustic portrayal of loneliness and the search for intimacy.

'What makes her scary, and what makes her exciting, is her ability to evoke the hidden life, the life unseen, the life we don't even know we are living' Parul Sehgal, The New York Times