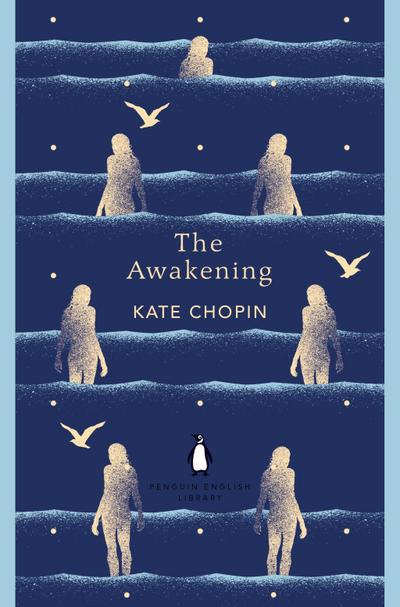 Katherine O'Flaherty (1850-1904), known by her married name Kate Chopin, was an American author of short stories and novels. In 1899, her second novel, The Awakening, was published to much outrage and harsh criticism based upon moral, rather than literary, standards.

'The voice of the sea is seductive; never ceasing, whispering, clamoring, murmuring, inviting the soul to wander for a spell in abysses of solitude'
When 'The Awakening' was first published in 1899, charges of sordidness and immorality seemed to consign it into obscurity and irreparably damage its author's reputation. But a century after her death, it is widely regarded as Kate Chopin's great achievement. Through careful, subtle changes of style, Chopin shows the transformation of Edna Pontellier, a young wife and mother, who - with tragic consequences - refuses to be caged by married and domestic life, and claims for herself moral and erotic freedom.

The Penguin English Library - collectable general readers' editions of the best fiction in English, from the eighteenth century to the end of the Second World War.