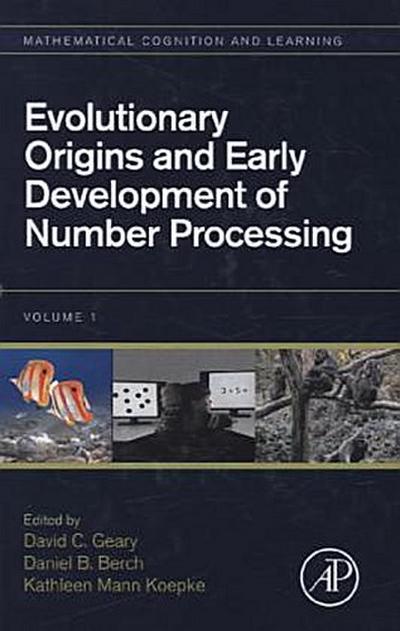 David C. Geary is a cognitive developmental and evolutionary psychologist at the University of Missouri. He has wide ranging interests but his primary areas of research and scholarly work are children's mathematical cognition and learning and Darwin's sexual selection as largely but not solely related to human sex differences.

Professor Geary directed a 10-year longitudinal study of children's mathematical development from kindergarten to ninth grade, with a focus on identifying the core deficits underlying learning disabilities and persistent low achievement in mathematics. The study was funded by the National Institutes of Health (US), including through a MERIT award to professor Geary. One result has been the identification of the school-entry number knowledge that predicts economically-relevant mathematical competencies in adolescence. As a follow-up, professor Geary is directing a second longitudinal study, funded by the National Science Foundation (US), to identify the preschool quantitative competencies that predict this school-entry number knowledge. Professor Geary has also published conceptual and theoretical articles on individual differences in children's mathematical learning, as well as a book published by the American Psychological Association, Children's mathematical development (1994); recently translated into Korean. Professor Geary has also contributed to applied and policy related work on this topic, serving, for instance, on the President's National Mathematics Advisory Panel, and chairing it's learning processes task group.

Professor Geary's interests in evolution are reflected in two of his other books published by the American Psychological Association, The origin of mind: Evolution of brain, cognition, and general intelligence (2005), and Male, female: The evolution of human sex differences (1998, 2010 second edition). The corresponding empirical work ranges from the study of changes in brain volume during hominid evolution to human mate choices to hormonal responses to simulated (video game) competition. Professor Geary's current interests in this area follow from several of his collaborative studies on the effects of prenatal toxin exposure on sex differences in cognition and behavior in mice. Specifically, traits related to Darwin's sexual selection are often exaggerated relative to other traits. These would include, for example, the bright plumage of the males of many species of bird that in turn is a good indicator of their behavioral and genetic health. These traits are particularly sensitive to environmental disruption, even in healthy individuals. Professor Geary's in progress book, The evolution of vulnerability, is focused on these traits in humans and how they can be used to identify at-risk populations and individuals.

Daniel B. Berch is Professor of Educational Psychology and Applied Developmental Science at the University of Virginia's Curry School of Education. Prior to this position, he was Associate Dean for Research and Faculty Development at the Curry School. Before coming to the University of Virginia, Professor Berch served as Associate Chief of the Child Development and Behavior Branch at the National Institute of Child Health and Human Development, NIH. His previous federal service included a year spent as a Senior Research Associate at the U. S. Department of Education, advising the Assistant Secretary for Educational Research and Improvement. Professor Berch is a cognitive developmental psychologist with interests ranging from the development of numerical cognition and mathematical learning disabilities (MLD) to evolutionary perspectives on education. He has published articles on children's magnitude representations, the development of number sense, and the role of working memory in MLD. He is senior editor of the book, Why is math so hard for some children? The nature and origins of mathematical learning difficulties and disabilities (co-edited by Michele Mazzocco).

Among other honors, he received the NIH Award of Merit, was elected Fellow of the American Psychological Association's Division of Experimental Psychology, served as an ex officio member of the U.S. Department of Education's National Mathematics Advisory Panel commissioned by President George W. Bush, was elected to the Evolution Institute's Scientific Advisory Board (and chair's its Education Subcommittee), was appointed to the AIM Academy's Research Advisory Board, and served as a member of the Professional Advisory Board of the National Center for Learning Disabilities for six years. During the past several years, Professor Berch has been working on the implications of evolutionary theory for educational research and practice, publishing a book chapter on instructing evolved minds, serving as one of the Evolution Institute's primary organizers of a 2013 conference on evolutionary perspectives in educational research funded by the American Educational Research Association, and is co-author (with David Geary) of an article entitled "Evolutionary Approaches to Understanding Children's Academic Achievement to be published in Wiley's forthcoming online reference work, Emerging Trends in the Social and Behavioral Sciences.

Dr. Mann Koepke oversees a research program focused on developing and supporting research and training initiatives to increase knowledge relevant to the development of math and science cogniton, reasoning, knowledge, and abilities, both in animals and in humans from birth through all years of formal education in diverse learners with and without disabilities. This research focus recently lead to her serving as co-Guest Editor of a special journal issue regarding the co-occurrence of math and reading disabilities (Mann Koepke, K and Miller, B. (Eds.) At the Intersection of Math & Reading Disabilities. Journal of Learning Disabilities. 2013: 46(6)).

She is a lifecourse developmental cognitive neuroscientist/psychologist with a passion to serve the cognitively challenged and/or disabled via promoting new and innovative basic research and theoretically-grounded evidence-based intervention strategies to maximuze function. Dr. Mann Koepke has served in the Division of Extramural Programs across the National Institute on Aging (NIA), the National Institute of Nursing Research (NINR), and now NICHD, overseeing research on cognitive and neurological development and disorders, including neurobiological, behavioral and caregiving research foci. She has served on numerous federal and national committees aimed at advancing research and services for young learners and persons with cognitive and/or physical disability or differences, co-authoring numerous calls for new research to close significant gaps, as well as peer-reviewed publications. Prior to coming to NIH, she was faculty in Neurology (Psychology) at Washington University-St. Louis School of Medicine where she managed the university's Alzheimer's Disease Research Center (supported in part by grant P50AG05681), and served as Director of its Education Core and its Rural Outreach Satellite. While there, expanding on her enthusiasm for the use of newly developed technologies as tools for cognition, she developed and regularly contributed to the first-ever freely available web-based online educational support system for anyone interested in Alzheimer's disease (AD) and for formal and informal dementia patient caregivers; the cite has garnered numerous national and international awards. This early online educational service has been used & replicated around the globe as a model for online disease/disabilty-focused educational support service.

The first volume in this ground-breaking series focuses on the origins and early development of numerical cognition in non-human primates, lower vertebrates, human infants, and preschool children. The text will help readers understand the nature and complexity of these foundational quantitative concepts and skills along with evolutionary precursors and early developmental trajectories.

Number and Magnitude in Non-Human Animals

Chapter 1 - At the Root of Math: Numerical Abilities in Fish

Number and Magnitude in Infants and Young Children

Chapter 6 - On the Relation Between Numerical and Non-Numerical Magnitudes: Evidence for a General Magnitude System

Chapter 7 - Foundations of the Formal Number Concept: How Preverbal Mechanisms Contribute to the Development of Cardinal Knowledge

Chapter 10 - The Small-Large Divide: A Case of Incompatible Numerical Representations in Infancy

Chapter 13 - The Evolution of Number Systems