Cognitive Electrophysiology of Attention: Signals of the Mind 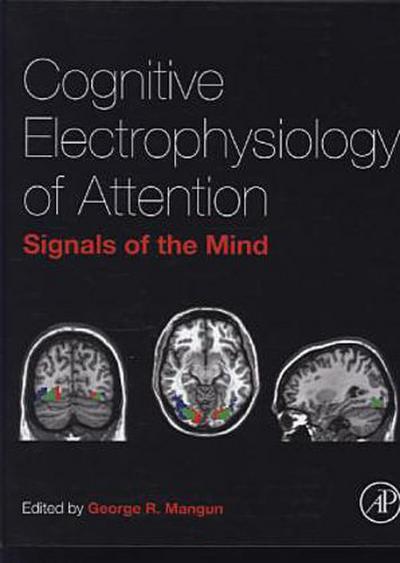 The Physiology of Cladocera is a much-needed summary of foundational information on these increasingly important model organisms. This unique and valuable summary is based on the world's literature, including Russian research not widely available until now. It offers systematically arranged data on the physiology of Cladocera, assisting with explanation of their life and distribution, as well as discussion on directions of future research. Special expert contributions in genetics, immunology, and cytology round out the physiological chapters and provide comprehensive insight into the state of knowledge of Cladocera and its underlying mechanisms.Cladocera crustaceans make up a significant part of the natural communities and biological productivity of fresh waters. In recent decades, they have become globally studied for many purposes, including systematics, genetic, molecular, ecological and evolutionary biology studies. They are also used as "sentinel" organisms for assessing water quality and the environment. In addition, the genome of Daphnia (a genus within Cladocera) was recently sequenced and published, giving this system a much wider exposure. It has also led to a rapidly growing awareness of the importance of understanding physiological processes as they relate to evolutionary and ecological genomics and ecogenomic toxicology.Despite the increasing use of Cladocera in research and study, physiological background information on these creatures is fragmentary. Hundreds of unconnected publications have been accumulated on their physiology, and a synthesis and general representation of the literature has been much needed for the many researchers working with this organism. The Physiology of Cladocera stands alone as a valuable and comprehensive offering in this area for many researchers and students.

Cognitive Electrophysiology of Attention explores the fundamental mechanisms of attention and related cognitive functions from cognitive neuroscience perspectives. Attention is an essential cognitive ability that enables humans to process and act upon relevant information while ignoring distracting information, and the capacity to focus attention is at the core of mental functioning. Understanding the neural bases of human attention remains a key challenge for neuroscientists and psychologists, and is essential for translational efforts to treat attentional deficits in a variety of neurological and psychiatric disorders. Cognitive electrophysiology is at the center of a multidisciplinary approach that involves the efforts of psychologists, neuroscientists, neuropsychologists, psychiatrists, and neurologists to identify basic brain mechanisms and develop translational approaches to improve mental health. This edited volume is authored by leading investigators in the field and discusses methods focused on electrophysiological recordings in humans, including electroencephalography (EEG) and event-related potential (ERP) methods, and also incorporates evidence from functional magnetic resonance imaging (fMRI). Cognitive Electrophysiology of Attention illuminates specific models about attentional mechanisms in vision, audition, multisensory integration, memory, and semantic processing in humans.

Section 2: Feature and Object Attention 8. Object-Category Processing, Perceptual Awareness, and the Role of Attention during Motion-Induced Blindness 9. Feature- and Object-Based Attention: Electrophysiological and Hemodynamic Correlates 10. Neural Mechanisms of Feature-Based Attention 11. Effects of Preparatory Attention to Non-Spatial Features in the Visual Cortex 12. The Neural Basis of Color Binding to an Attended Object 13. Switching Attention between the Local and Global Levels in Visual Objects 14. Contour Integration: Sensory, Perceptual, and Attention-Based ERP Components 15. Attentional Control of Multisensory Integration is Preserved in Aging