A Spool of Blue Thread 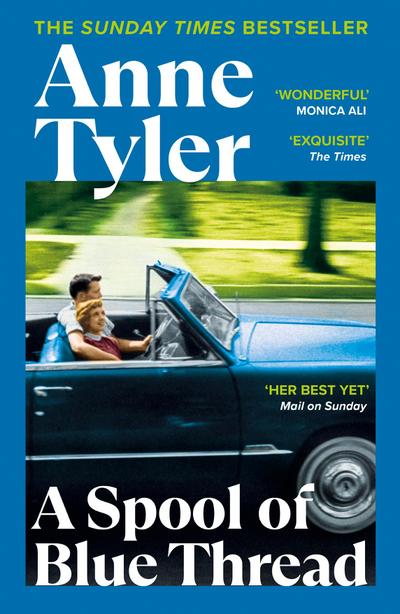 Anne Tyler was born in Minneapolis, Minnesota, in 1941 and grew up in Raleigh, North Carolina. Her bestselling novels include Breathing Lessons, The Accidental Tourist, Dinner at the Homesick Restaurant, Ladder of Years, Back When We Were Grown-ups, Digging to America, A Spool of Blue Thread, Clock Dance and Redhead by the Side of the Road. In 1989 she won the Pulitzer Prize; in 1994 she was nominated by Roddy Doyle and Nick Hornby as 'the greatest novelist writing in English'; and in 2012 she received the Sunday Times Award for Literary Excellence. In 2015 A Spool of Blue Thread was shortlisted for the Baileys Women's Prize for Fiction and the Booker Prize; and in 2020 Redhead by the Side of the Road was longlisted for the Booker Prize.
The 20th novel from the bestselling author of "The Accidental Tourist, Ladder Of Years, The Beginner's Goodbye" and many others. Tells the story of 3 generations of the Whitshank family, and celebrates Tyler's 50th anniversary as a published author. 'My favourite writer, and the best line-and-length novelist in the world' Nick Hornby, "Independent On Sunday". Now in paperback.