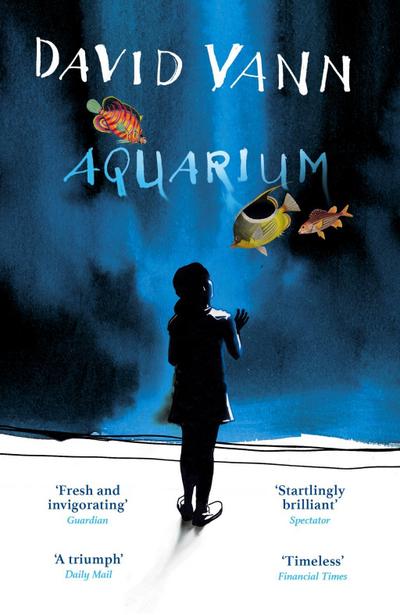 Vann, DavidDavid Vann was born in the Aleutian Islands and spent his childhood in Ketchikan, Alaska. He is the author of the international bestseller Legend of a Suicide - which has been translated into eighteen languages and won several prizes including the Prix Medicis Etranger - Caribou Island, Dirt, Goat Mountain and Aquarium. He is also the author of two bestselling non-fiction books, and has written for Atlantic Monthly, Esquire, the Sunday Times, Guardian, Sunday Telegraph, Financial Times and other magazines and newspapers.

'One of America's most powerful writers' Times Literary Supplement

Twelve-year-old Caitlin lives alone with her mother - a docker at the local container port - in subsidised housing next to an airport in Seattle. Each day, while she waits to be picked up after school, Caitlin visits the local aquarium to study the fish. Gazing at the creatures within the watery depths, Caitlin is transported to a shimmering universe beyond her own.

When she befriends an old man at the tanks one day, who seems as enamoured by the fish as she, Caitlin cracks open a dark family secret and propels her once-blissful relationship with her mother towards a precipice of terrifying consequence.

Caitlins whole world is her school, her mother, occasionally her mothers boyfriends, and the fish at the aquarium. She has no friends at school and no other family. But Caitlin has made a friend at the aquarium; an old man who seems to know something about Caitlin something she doesnt even know about herself. This is a lyrical and moving new novel from the author of LEGEND OF A SUICIDE.