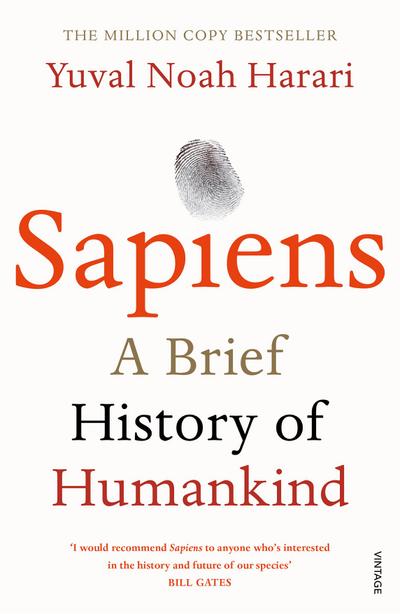 Prof Yuval Noah Harari has a PhD in History from the University of Oxford and now lectures at the Hebrew University of Jerusalem, specialising in World History. Sapiens: A Brief History of Humankind has become an international phenomenon attracting a legion of fans from Bill Gates and Barack Obama to Chris Evans and Jarvis Cocker, and is published in 65 languages worldwide. It was a Sunday Times Number One bestseller and was in the Top Ten for over nine months in paperback. His follow-up to Sapiens, Homo Deus: A Brief History of Tomorrow was also a Top Ten Bestseller and was described by the Guardian as 'even more readable, even more important, than his excellent Sapiens'. 21 Lessons for the 21st Century, was a Number One Bestseller and was described by Bill Gates as 'fascinating' and 'crucial'. Harari worked closely with renowned comics illustrator Daniel Casanave and co-writer David Vandermeulen to create his latest book, an adaptation of his first bestseller, Sapiens Graphic Novel: Volume 1.

'Interesting and provocative... It gives you a sense of how briefly we've been on this Earth' Barack Obama

One of the world's preeminent historians and thinkers, Yuval Noah Harari challenges everything we know about being human.

Earth is 4.5 billion years old. In just a fraction of that time, one species among countless others has conquered it: us.

In this bold and provocative book, Yuval Noah Harari explores who we are, how we got here and where we're going.

'Jaw-dropping from the first word to the last... It may be the best book I've ever read' Chris Evans

'Sweeps the cobwebs out of your brain... Radiates power and clarity' Sunday Times

'It altered how I view our species and our world' Guardian

'Startling... It changes the way you look at the world' Simon Mayo

What makes us brilliant? What makes us deadly? What makes us Sapiens? This bestselling history of our species challenges everything we know about being human.
Yuval Harari's international bestseller is a thrilling account of humankind's extraordinary history - from insignificant apes to rulers of the world