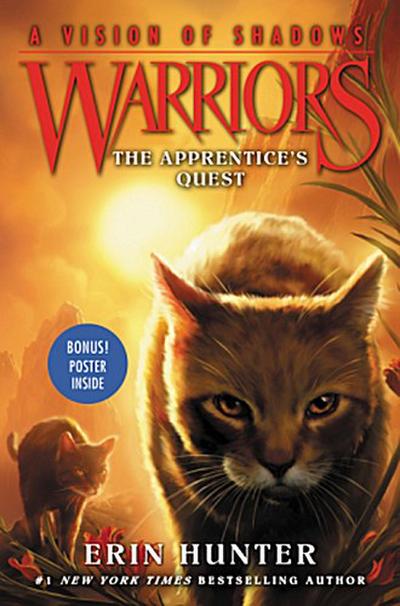 Erin Hunter is inspired by a love of animals and a fascination with the ferocity of the natural world. As well as having great respect for nature in all its forms, Erin enjoys creating rich, mythical explanations for animal behavior. She is the author of the Warriors, Seekers, Survivors, and Bravelands series. She lives in the UK. Visit her online at warriorcats.com.
A new adventure begins in Erin Hunter's #1 bestselling Warriors series

This hardcover edition also includes a double-sided jacket with a bonus poster!

For many moons, ThunderClan, ShadowClan, RiverClan, and WindClan have lived in peace in their territories around the lake. But now they must decipher a mysterious prophecy-a message that will send one young medicine cat apprentice on a quest to determine the fate of all the warrior Clans.

Full of epic adventure and thrilling intrigue, the beginning of this fifth Warriors series is the perfect introduction for readers new to the Warriors world. And for dedicated fans, it's a long-awaited return to the era of Bramblestar's ThunderClan, after the events of Omen of the Stars.

The beginning of a new arc of the No.1 nationally bestselling Warriors series! This sixth epic story arc returns to the days of Bramblestar and ThunderClan, after the events of Omen of the Stars. Each hardcover will also include a double-sided jacket with a bonus poster!