The Killings at Kingfisher Hill 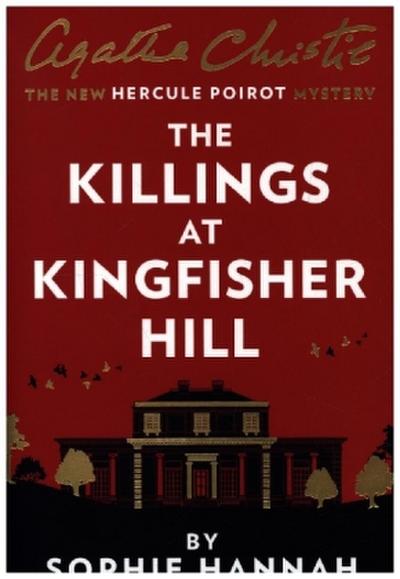 Sophie Hannah is the internationally bestselling author of 9 psychological thrillers, which have been published in more than 20 countries and adapted for television. Her novel The Carrier won the 2013 Specsavers National Book Awards Crime Thriller of the Year. Sophie is an Honorary Fellow of Lucy Cavendish College, Cambridge, and as a poet has been shortlisted for the TS Eliot Prize.

Agatha Christie is known throughout the world as the Queen of Crime. Her books have sold over a billion copies in English with another billion in over 70 foreign languages. She is the most widely published author of all time and in any language, outsold only by the Bible and Shakespeare. She is the author of 80 crime novels and short story collections, 20 plays, and six novels written under the name of Mary Westmacott.

The world's greatest detective, Hercule Poirot-legendary star of Agatha Christie's Murder on the Orient Express and Death on the Nile-returns to solve a fiendish new mystery.

Hercule Poirot is travelling by luxury passenger coach from London to the exclusive Kingfisher Hill estate, where Richard Devonport has summoned him to prove that his fiancée, Helen, is innocent of the murder of his brother, Frank. But there is a strange condition attached to this request: Poirot must conceal his true reason for being there.

The coach is forced to stop when a distressed woman demands to get off, insisting that if she stays in her seat, she will be murdered. Although the rest of the journey passes without anyone being harmed, Poirot's curiosity is aroused, and his fears are later confirmed when a body is discovered with a macabre note attached...

Could this new murder and the peculiar incident on the coach be clues to solving the mystery of who killed Frank Devonport? And if Helen is innocent, can Poirot find the true culprit in time to save her from the gallows?

The world's greatest detective, Hercule Poirot-legendary star of Agatha Christie's Murder on the Orient Express and Death on the Nile-returns to solve a fiendish new mystery.