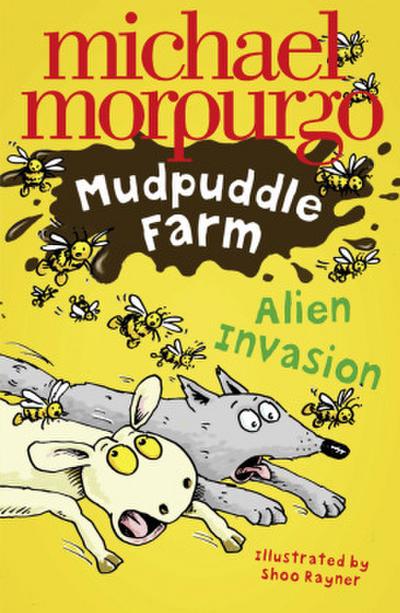 Michael Morpurgo OBE is one of Britain's best-loved writers for children. He has written over 100 books and won many prizes, including the Smarties Prize, the Blue Peter Book Award and the Whitbread Award. His recent bestselling novels include 'Shadow', 'A Medal for Leroy' and 'Little Manfred'. His novel 'War Horse' has been successfully adapted as a West End and Broadway theatre play and a major film by Steven Spielberg. A former Children's Laureate, Michael is also the co-founder, with his wife Clare, of the charity Farms for City Children.
New edition. Contains two stories, "Martians At Mudpuddle Farm" and "Mum's The Word", illustrated by Shoo Rayner. Ages: 6+
A charming series of adventures for younger readers, featuring a family of all sorts of animals that live in the farmyard behind the tumble-down barn on Mudpuddle Farm...